This autumn’s calendar includes a number of events for those questioning the whole area of faith and, in particular, faith in the God of Christianity.  Richard Holloway, a former Bishop of Edinburgh, has publicly articulated  his rethinking about his own faith: Nick Moir will be speaking about this at the 10am service on Sunday 23 September under the title ‘Losing my religion’: Richard Holloway, doubt & what might be left to believe in’.  The Sunday after, 30 September, is Back to Church Sunday.  In the past few years many thousands of people around the country have used this opportunity to find their way back to church.  This year Nick will be speaking on Why be a Christian?  To follow on from that, during October hewill be leading a four week course entitled Questioning Faith.  Is it really possible any more to believe in God in the light of modern thinking and when there is so much suffering in the world?  What kind of God might it be possible to believe in?  And what does it mean to believe? 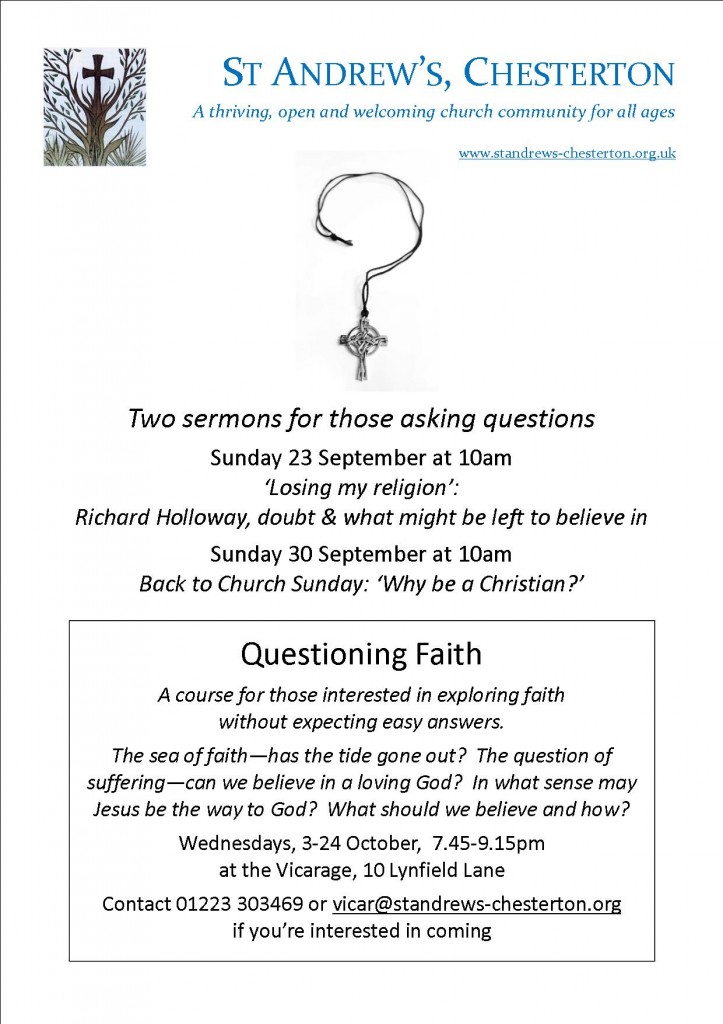