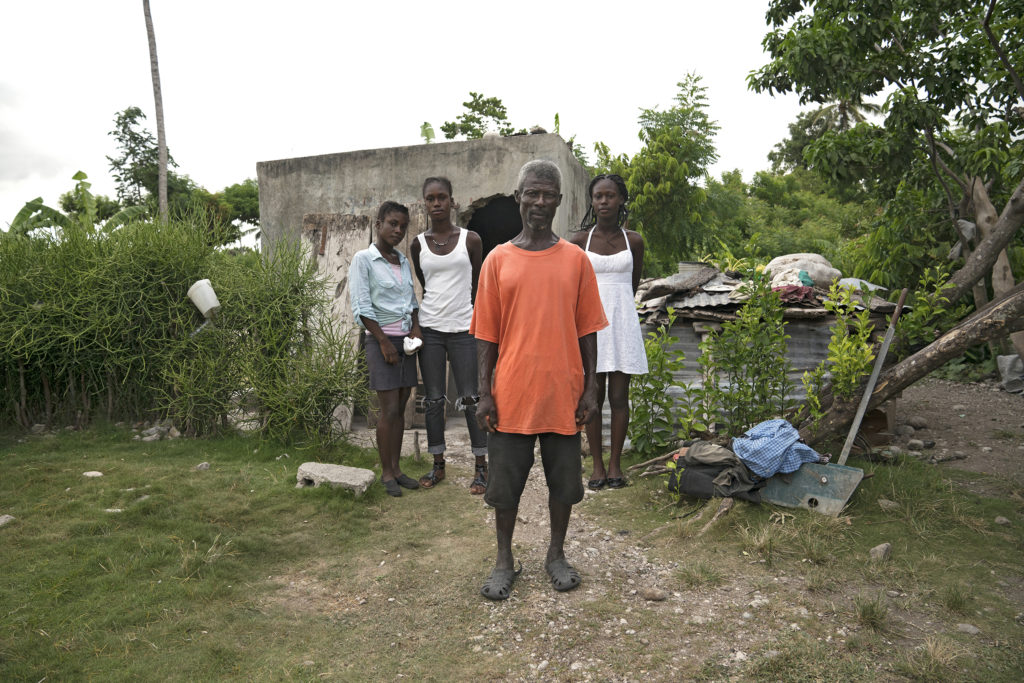 CAW 2018 MAIN CASE STUDY Marcelin Abellard, 58, still hasn’t recovered from Hurricane Matthew (2016), which killed his livestock and destroyed his home in Torbeck, Haiti. He now squats in an old communal shower block – seen here – about the size of a four-man tent. There are no windows or door, just a makeshift hole in the wall, and the only furniture he has is a single bed. It’s a tiny, claustrophobic, sweltering space which Marcelin shares with his daughters Ketia (18, in green shirt), Linda (16, in white singlet) and Keshna (15, in white dress).‘I lost my livestock, I lost pigs, goats… The chickens, the wind took them away. Everything was lost. I have nothing left. Only the small bed that the girls sleep on.’ Marcellin can no longer afford to send all his daughters to school, and it’s a struggle even to provide enough food. ‘I’ve raised my daughters since they were babies when [their mother] left them. I fought hard to raise them. Sometimes I look at my daughters, and see that they are in need [hungry], and that troubles me.’ Marcelin worries about his daughters. He is anxious that their hunger could lead them to be exploited by predatory men in exchange food. And his daughters worry about Marcelin – that his hunger puts him at risk of serious illness. He doesn’t eat enough for someone doing hard labour (Marcelin scrapes a living as an agricultural labourer), and they’re scared he could get sick and die.